Head to Life Among the Trees to find them. It’s behind Marwell Hall next to our formal garden.

These lemurs live in family groups of up to twelve members.

These animals have an interesting way of crossing channels of water. They will walk up a reed stem until it bends over, then walk along it to reach the next stem.

Females are dominant over males. They are more aggressive and groom more often than males. 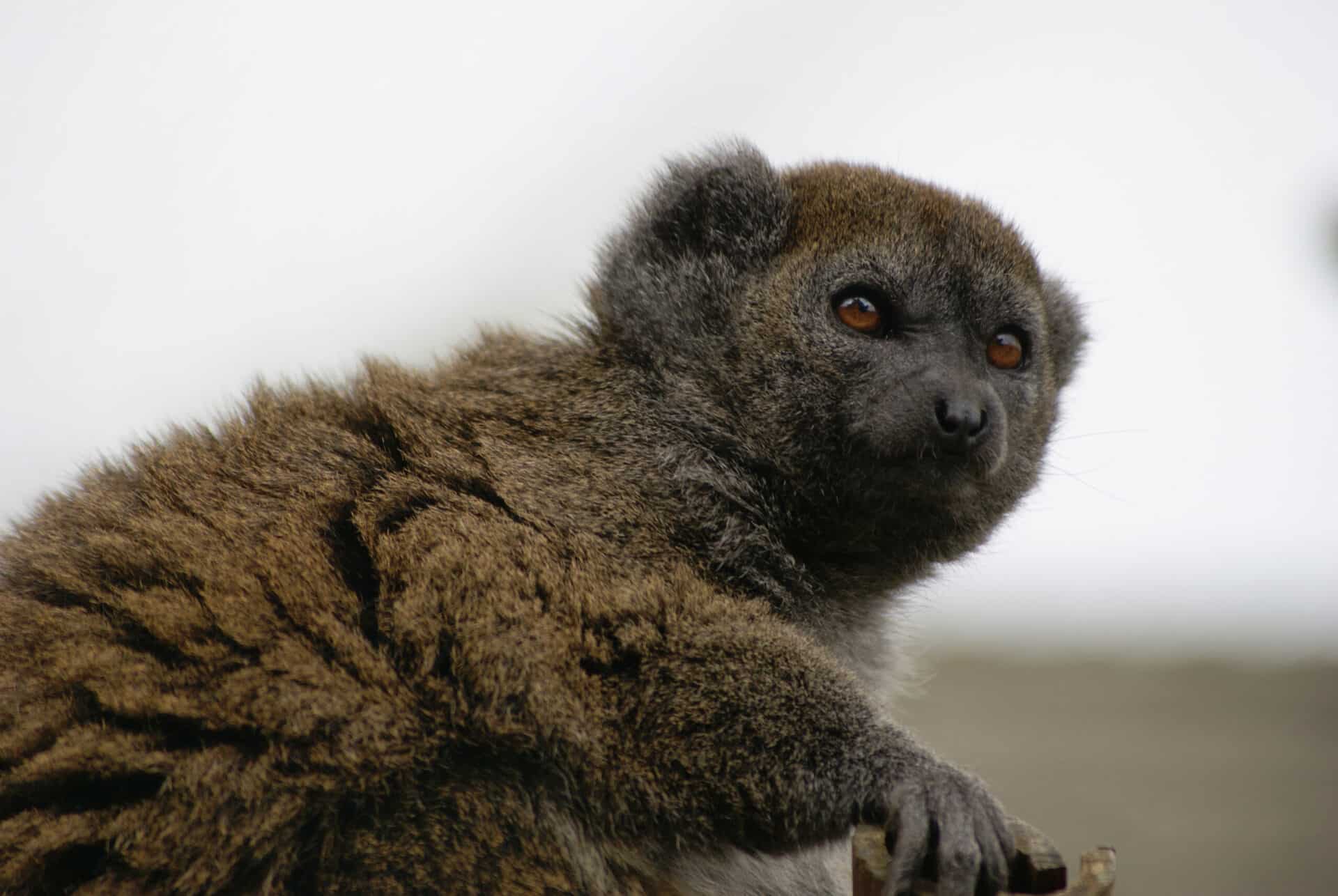 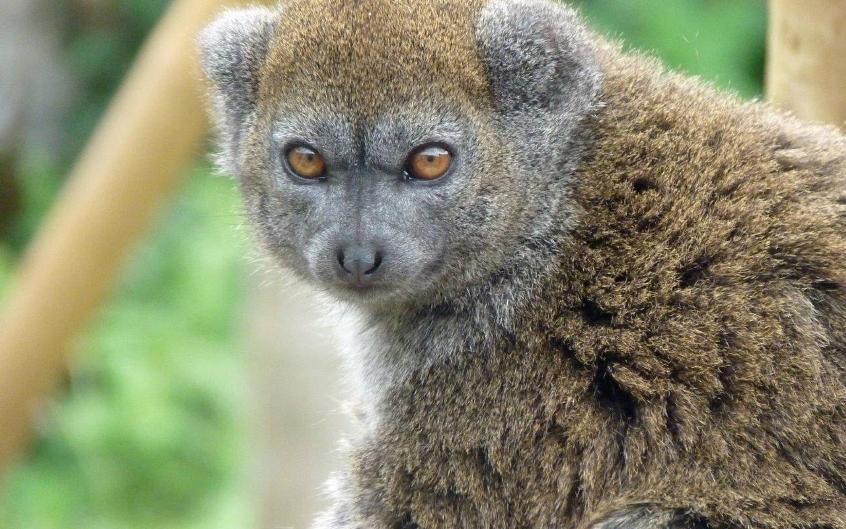 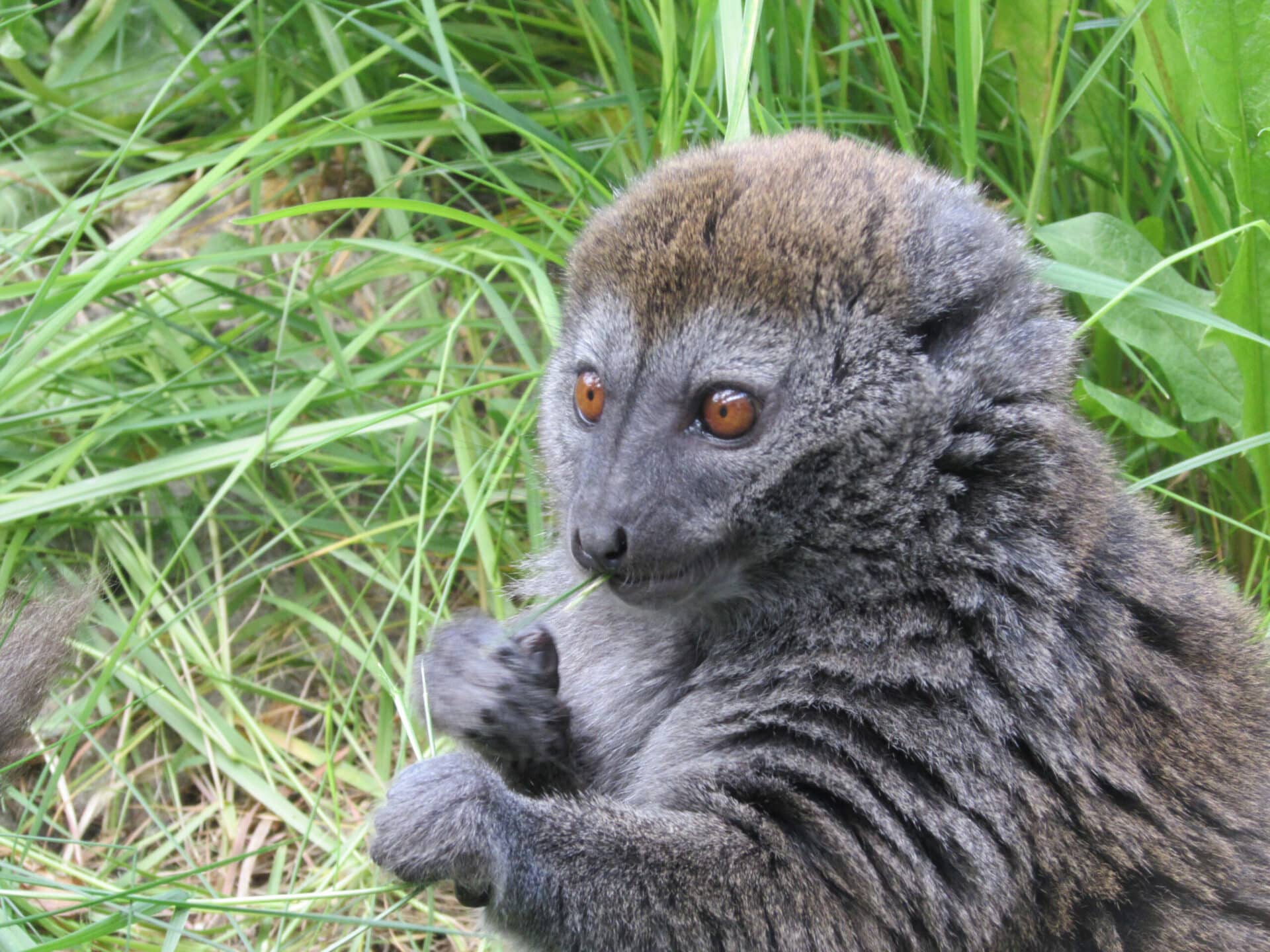 Alaotran reed lemurs mainly feed on papyrus stems, the new shoots of reeds, and two types of grasses. These lemurs have to spend much of the day feeding because these foods are low quality.

This species is only found in the papyrus and reed beds around Lac Alaotra, Madagascar’s largest lake, which is in the eastern rainforest region. Alaotran reed lemurs are the only primates to live in this marshland habitat.

Alaotran reed lemurs usually give birth to a single young, but twins may make up to a third of all births. By 6-8 days old, the young can cling to their mothers and are carried on their mother’s back. Females have even been seen swimming with their baby on their back! When they are one to two weeks old they may be left by their mother in dense hiding places for up to half an hour at a time, but by three weeks old they won’t stay still so aren’t left by their mother! Infants first eat solid food at between five and six weeks of age, and are weaned by 24 weeks.

Little is known about the predators of Alaotran reed lemurs, but it is thought that Madagascan tree boas and raptors such as black kites are potential predators.

The population of Alaotran reed lemurs has decreased by over 80% since the 1990s. This is mainly due to habitat loss and degradation, because marshes have been converted to rice paddies.  Marshes are also burnt to catch fish and graze cattle.  These animals are also hunted for food and for pets, although this has been reducing.

There are a number of measures in place to help conserve these lemurs. This species is included on Appendix I of CITES, which means that international trade in this lemur or any of its parts is illegal. Lac Alaotra was declared a Ramsar site in 2003, which means that it is recognised as a wetland area of international importance, and parts of the area are protected. There have been public awareness campaigns to emphasise the benefits of habitat conservation. Hunting of lemurs and burning the marshes is banned.