Arabian oryx have a number of strategies to help them cope with desert conditions, including being able to let their body temperature increase by up to 10° C as well as concentrating their urine and removing moisture from their faeces.

When the weather is hottest, oryx will spend most of the day sheltering in shade and forage for food at night. In cooler weather they bask in the sun and feed during the day to keep warm.

Although Arabian oryx usually live in herds of 10 animals or fewer, groups of 100 have been observed. 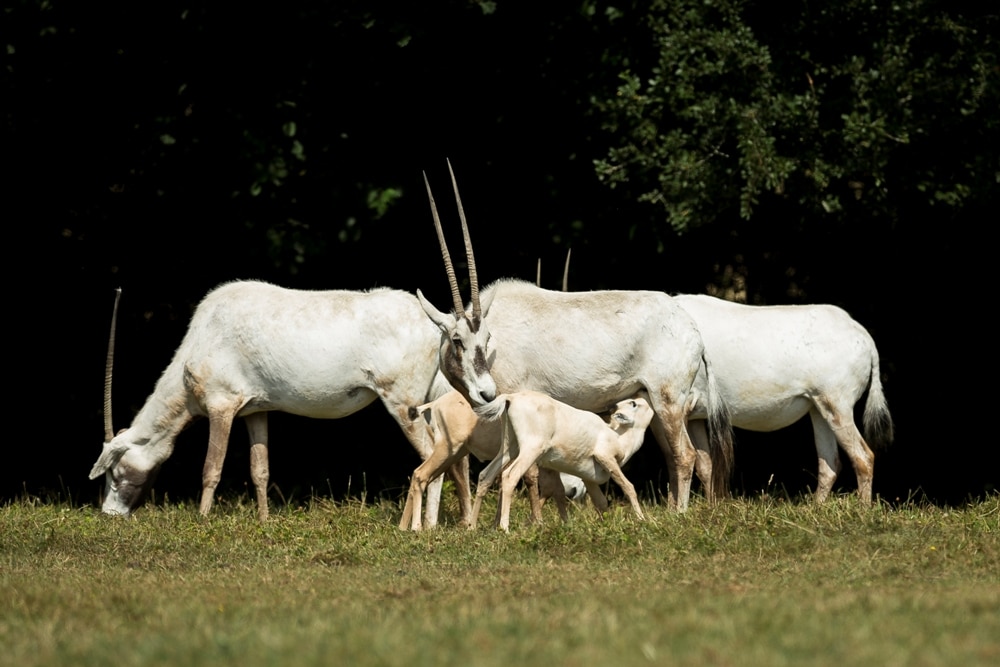 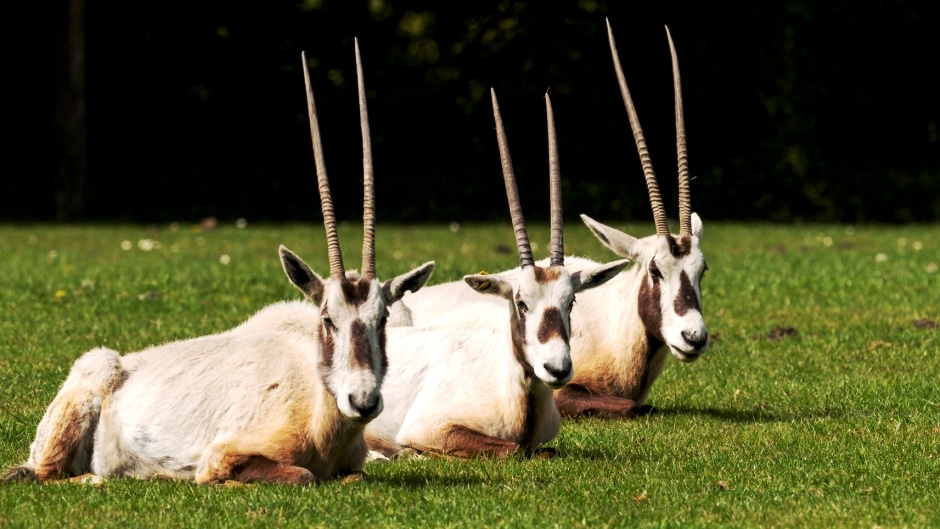 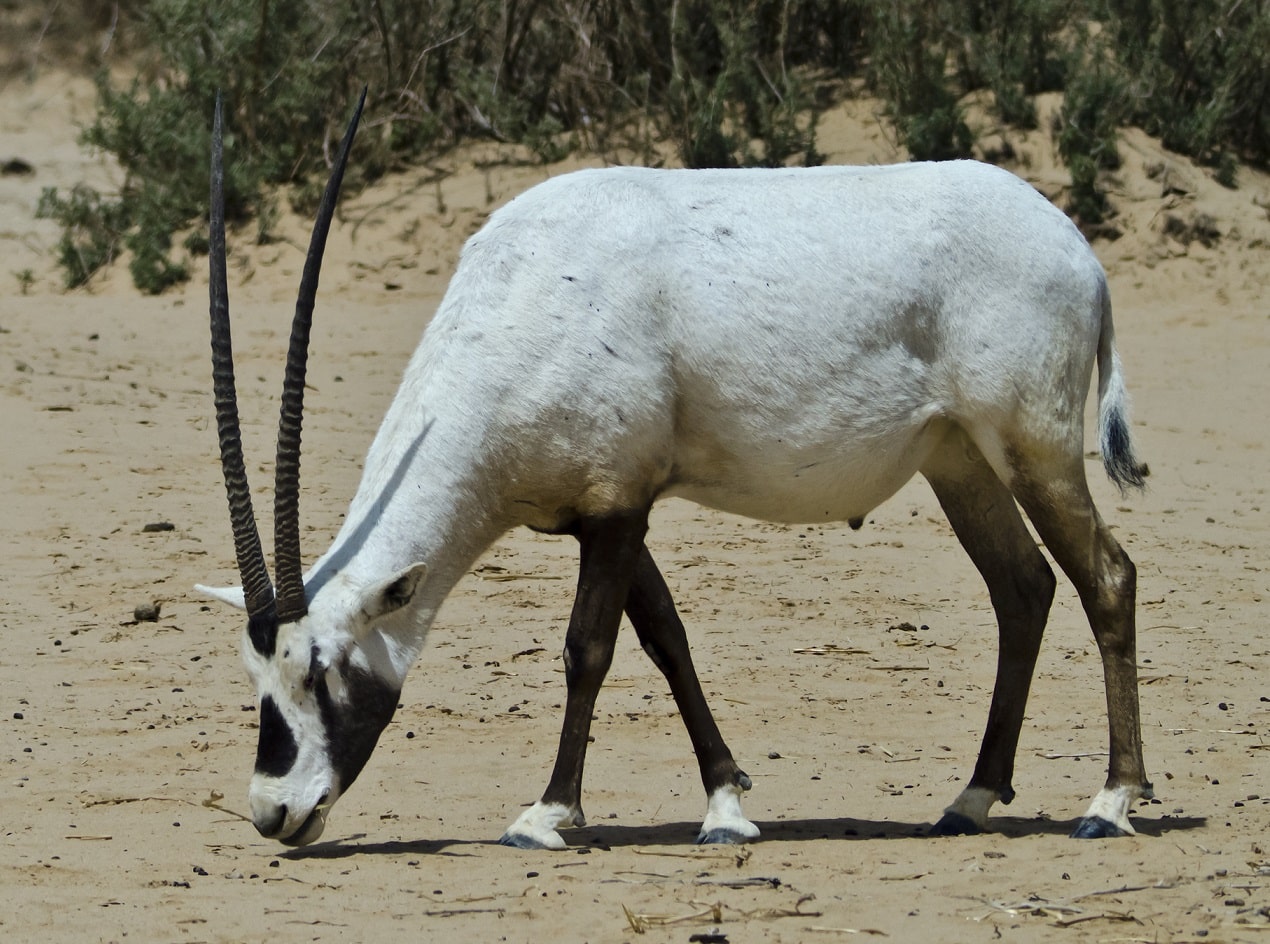 Arabian oryx mainly eat grasses and herbage, but also eat roots, tubers, bulbs and melons. They will drink water when they find it, but can survive for long periods of time without drinking as they can get all the moisture they need from foods such as succulent bulbs and melons. They also obtain moisture from the condensation left on rocks and vegetation after heavy fog.

This species used to be found across much of the Arabian Peninsula, but had become extinct in the wild by 1972. Since then, they have been reintroduced into the wild in Israel, Oman, Saudi Arabia, Jordan and United Arab Emirates. There is also a small population in Bahrain as well as semi-managed populations in Qatar, United Arab Emirates and Saudi Arabia. Arabian oryx live in a variety of desert habitats including stony plains, wadis and sand dunes.  They are adapted to be able to survive harsh climates with low rainfall, high winds, temperatures of over 45° C and even droughts of up to six months.

Female Arabian oryx may give birth at any time during the year. Calves lie hidden for about a month, with just short periods of activity.  They are weaned by 4.5 months of age.

The main predators of Arabian oryx are thought to be jackals, which prey on calves.

Arabian oryx became extinct in the wild due to hunting for their meat, hides and horns. The second world war led to an influx of automatic rifles and high speed motor vehicles to the Arabian peninsula, and this led to unsustainable levels of hunting of the oryx.  By 1965 there were less than 500 Arabian oryx left in the wild. In the 1950s captive herds were established and several were sent to the United States where a breeding program was set up. Today over 1000 Arabian oryx have been released into the wild, and almost all of these animals are in protected areas. The oryx are legally protected in all the countries they have been reintroduced to. In addition, there is a well managed and large breeding population of Arabian oryx in captivity, and they are listed on CITES Appendix I which means that trade in these animals or any of their parts is illegal. However, this species remains under threat from illegal hunting, overgrazing and droughts.