Peaks to Plains: Restoring and reconnecting the habitats of goitered gazelle in Kazakhstan 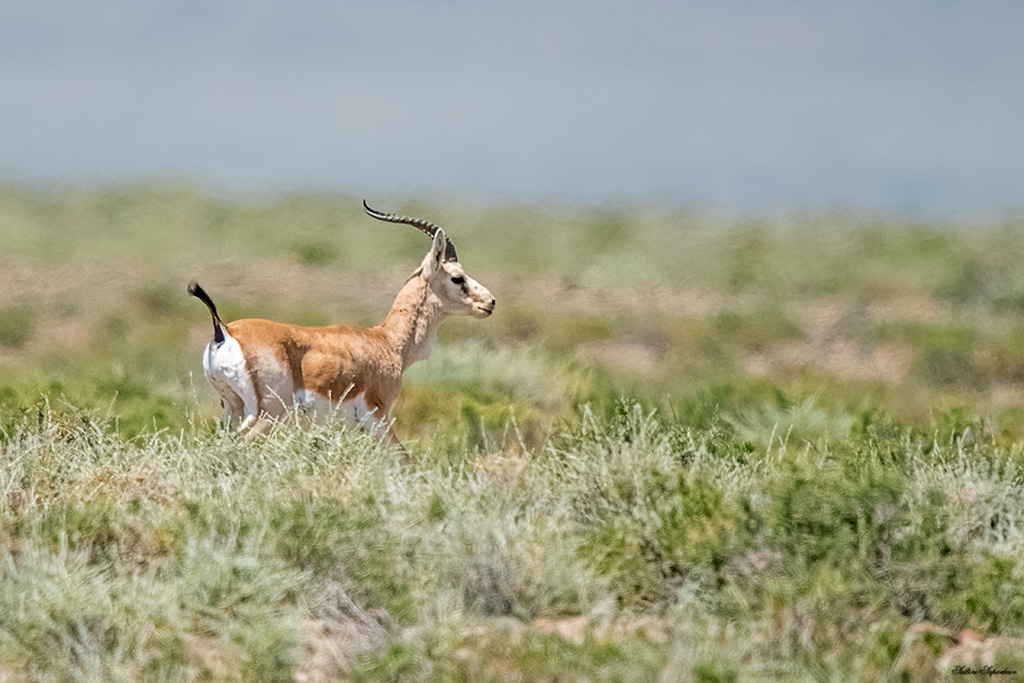 Earlier this year, Marwell Wildlife was awarded a grant from the International Unions for the Conservation of Nature’s (IUCN) Save Our Species (SOS) programme to work with local conservation teams in Kazakhstan to assess the current population status of the threatened goitered gazelle (Gazella subgutturosa) in the east of the country. With a focus on the Altyn-Emel and Charyn Canyon National Parks, this project will also determine the current restrictions to the movement of the species across their extensive former range and explore restoration options. These assessments will be used to develop and undertake collective actions with a wide range of stakeholders to improve and protect the ecosystems that the gazelles and people rely upon and enact management measure to prevent further population declines.

While initially hampered by COVID-19 restrictions in Kazakhstan, the team have since undertaken initial aerial surveys, with assistance from the Kazakh military, who kindly donated helicopter time. The survey area covered was almost 10,000 km2 south of Altyn-Emel National Park and extending to the border with China. Initial analysis of the results suggests a relatively wide distribution of gazelles across the region, mostly of smaller groups scattered across the landscape outside of protected areas. The largest groups counted consisted of between 20 and 30 individuals, sighted on the grasslands north of the Tien Shan mountains. It is encouraging that some larger herds are still occurring in this region. However, the majority of sightings were of single animals or pairs. Undoubtedly there will be animals that were missed and not counted, so we will establish a truer picture with follow up ground surveys currently under way. Our concern is that the goitered gazelle population in this region has become scattered into small herds that are at risk of becoming isolated from each other. This would jeopardise the long-term future of the species by reducing breeding opportunities and increasing risks associated with inbreeding, as well as the increased vulnerability of smaller groups to predation, including by domestic dogs, disease and ecosystem degradation and a decline in food availability.

To understand these potential impacts, we have also been reaching out to stakeholder groups, including livestock herding communities, hunters and developers to highlight the aims of the project and respectfully seek their involvement with shaping a sustainable future for this landscape.

The Kazakh team are working with other Marwell Wildlife teams elsewhere in the world to develop their skills with stakeholder engagement, using a structured Theory of Change approach. This process helps identify key people and organisations and adopts a logical method to ensure that actions are collectively agreed and implemented.

We look forward to presenting further results as the project progresses. In the meantime, further information can be obtained from Marwell Wildlife’s Conservation Biology team.