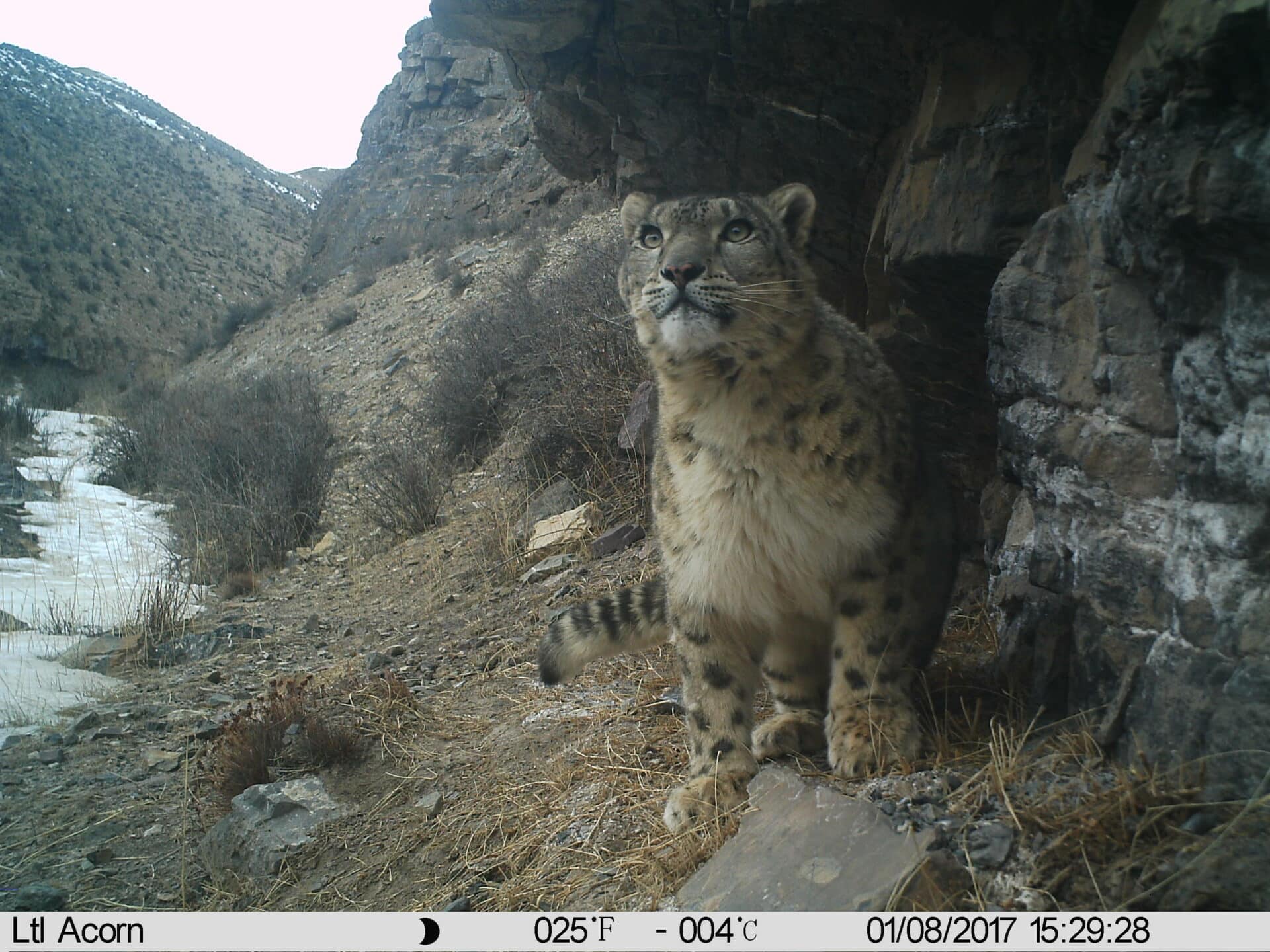 Marwell researchers, working with colleagues in China, have found key differences in how snow leopards use the mountain landscapes they inhabit.

Using cutting edge and detailed analysis of snow leopard occurrence in two areas of China, the team explored the distances over which key landscape features are affecting snow leopard distributions. These features include the presence of human settlements, rivers, particularly steep or rugged areas, as well as the ways in which climate affects these mountains.

The team used data from remote camera trapping and other verifiable evidence of snow leopard occurrence collected since 2014 at the edges of the snow leopard range in the Qomolangma (Mount Everest) region of the Himalayas and the Qilian Mountains on the northeast edge of the Qinghai-Tibetan Plateau (see map). The team looked at the influence of terrain, human infrastructure, climate and land cover and analysed the effects over varying distances, from 1km to almost 29km. This provided for the first time an assessment of the extent to which these landscape features might impact snow leopards and offer a new understanding about their sensitivity to conservation or other actions in their environment.

It was found that snow leopards in the two distinct areas appeared to behave very differently, highlighting differences in the characteristics of these parts of China, both in terms of the natural environment and climate, and their human footprint. In both areas, snow leopards were found to be sensitive to both fine-scale effects for example within 1km of a feature, but also at relatively broader scales up to 29km. This means that the impact of features, including human activities, are felt over greater distances than previously thought and possibly more. In the Qilian Mountains, human settlements had the greatest impact overall and had the greatest effect at larger distances of up to 29km. In Qomolangma (Everest), the river network configuration and the complexity and ruggedness of the landscape were found to have the greatest effect on snow leopard occurrence, particularly at intermediate distances between 14-19km. In both regions, climate was shown to be a constant influence, highlighting the sensitivity of the snow leopards and their ecosystems to ongoing climate change.

Dr Philip Riordan, Head of Conservation Biology at Marwell, said: “These findings are critical to furthering understanding of the habitat niche of snow leopards. As the world undergoes further climatic change and increasing rates of land degradation, we need to use results such as these to develop robust conservation management actions to protect both the magnificent snow leopard as an emblem of the high mountains of Asia, and the fragile ecosystems that support them and provide essential services, such as providing water to over 1.5 billion people in South Asia.”