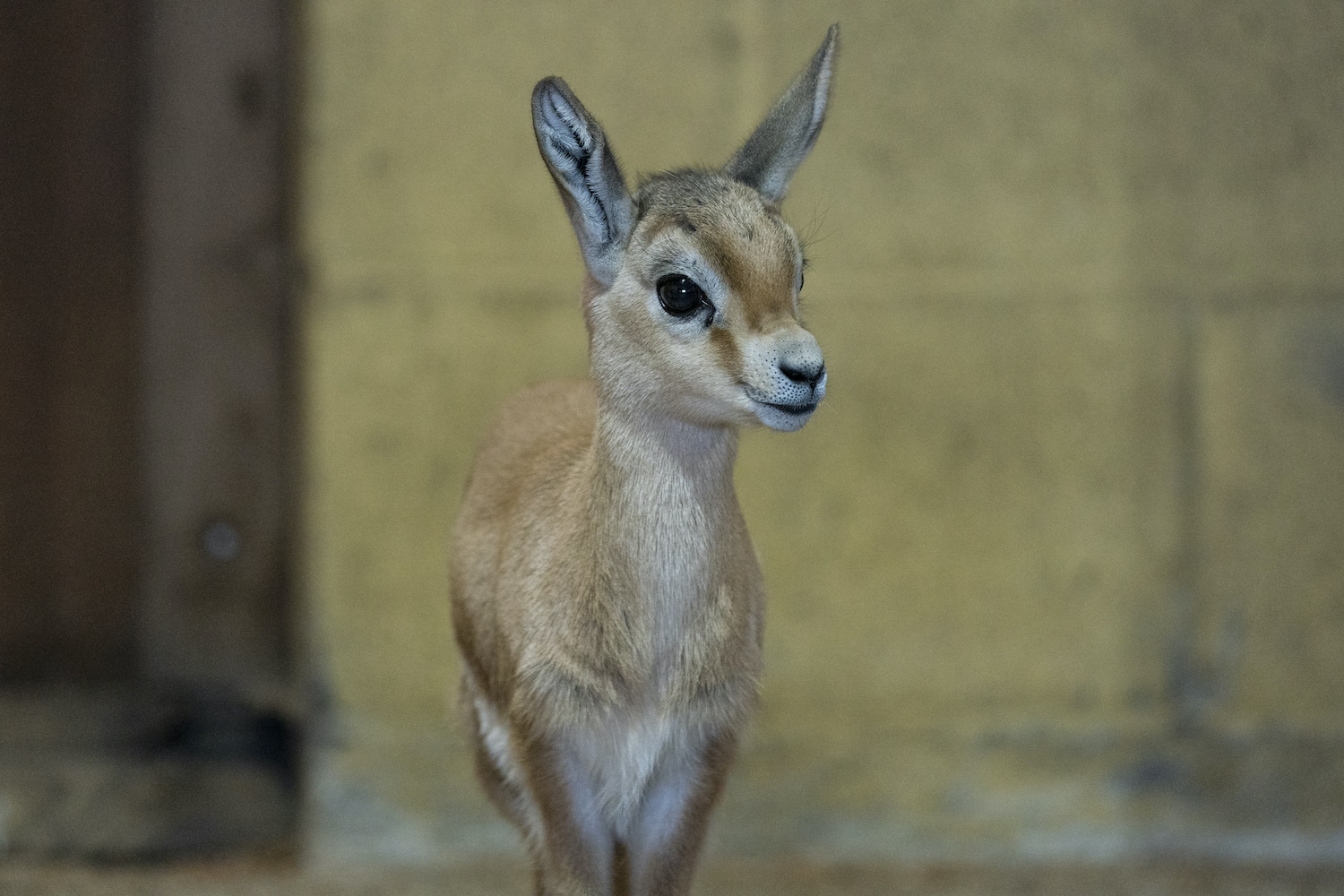 The youngster was born on Mother’s Day to parents Maid Marian and Rashid during our closure.

Keepers report the male fawned named Kivu is doing well and enjoying exploring the paddock and mixing with the addax. .

The birth is a wonderful addition to Marwell as this species is Vulnerable.

Tim Rowlands, Marwell’s Hoofstock Team Leader, said: “The calf was very shy to start with, hiding for the first few days as most antelop calves do but now he is very inquisitive, following his mother outside to explore the paddock and interact with the addax.”

Dorcas gazelles are born with fur and open eyes and will try to stand within an hour of birth. During the first two weeks of its life, the fawn lies hidden in a scrape on the ground or underneath bushes while the mother grazes nearby. Soon after this the infant will start to follow its mother around and eat solid food. Fawns are fully weaned by about three months of age, and at this time the fawn and its mother re-join the herd.

Dorcas gazelles are classed as Vulnerable on the IUCN Red List of Threatened Species and face a number of threats including hunting, drought, habitat loss and degradation due to an increase in agriculture and overgrazing by livestock. This species is found in many protected areas and are legally protected in several of the countries they are found in. They are also listed in CITES Appendix III for Algeria and Tunisia, which means they are protected in these countries and trade in the species from these countries is restricted.