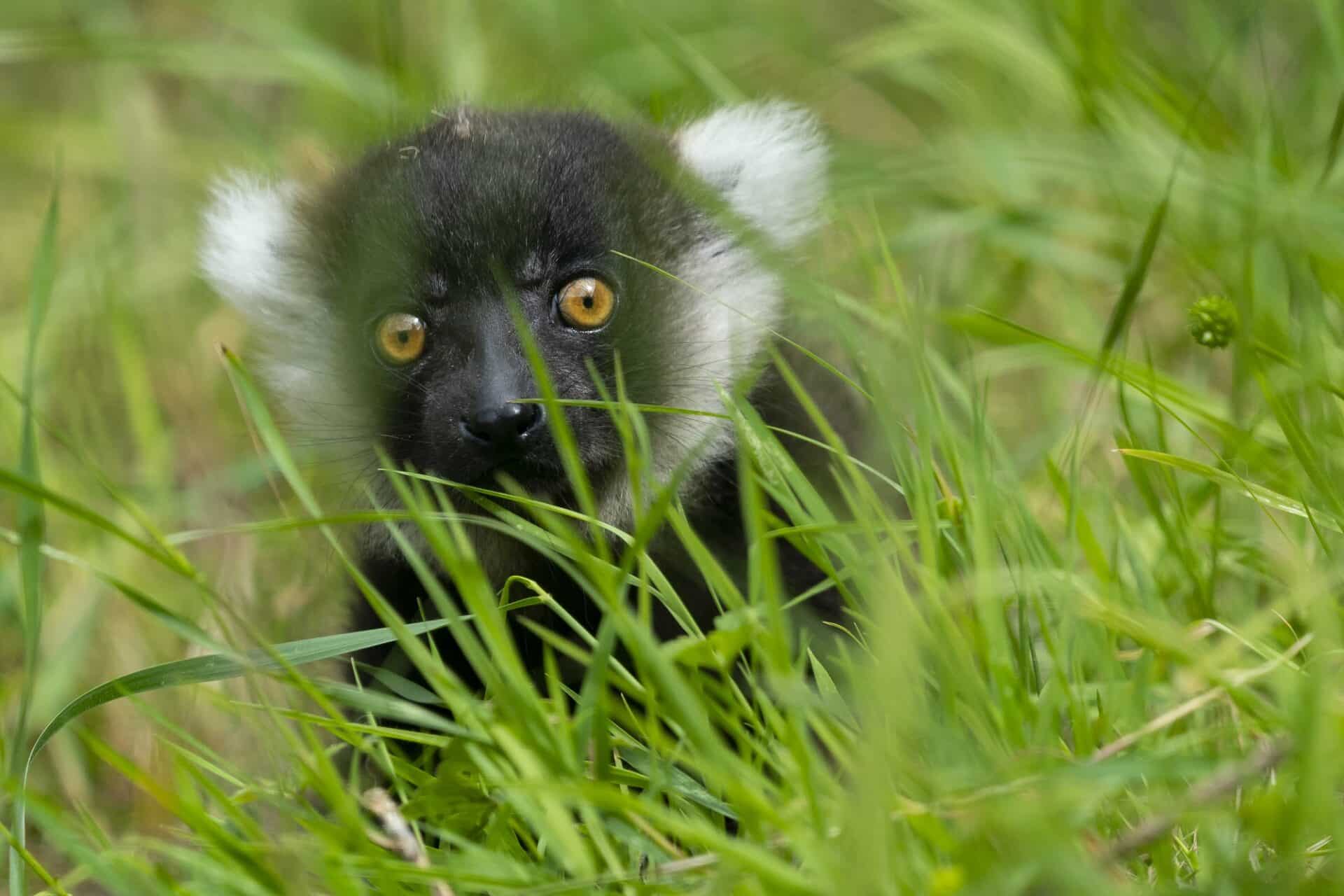 We’re celebrating the birth of some of the world’s most threatened species this summer.

The latest new arrivals at the zoo include critically endangered species including a black and white ruffed lemur baby* and a mountain bongo calf as well as a first for Marwell – two blesbok calves.

Ian Goodwin, Animal Collection Manager, at Marwell, said: “These are some incredibly important births for the breeding programmes, not just for us as a zoo but for the conservation of the species as a whole. Without action, we are sadly on the brink of losing many of these species forever. To have these different animals born within weeks of each other is fantastic news and we’re delighted we’re now reopen so guests can join us this summer in watching their development.”

The black and white ruffed lemur baby named Zephyr was born during lockdown to parents Breeze and Shorty and is now enjoying his independence, darting in and out of the bushes and jumping on his parents.

The main threat to the black and white ruffed lemur in eastern Madagascar is habitat loss due to farming, logging and mining. As they are large bodied and awake during the day, they are among the most heavily hunted of all the lemur species.

A critically endangered mountain bongo named Arthur, described as strong and lively, was born to first time parents Ituri and Canela last month. He is the second calf to be born at the zoo in ten years.

Mountain bongos are found in Kenya where their numbers are dwindling with less than 100 left in the wild. Threats include hunting, loss of habitat due to illegal logging and diseases transmitted from domestic cattle.

We also welcomed two blesbok calves, which is particularly exciting as the births are a first for Marwell Zoo.

Animal team leader Lauren Arthy-Miles explained: “We have not held blesbok as a species before so we hope these calves are the first of many. Although currently considered ‘least concern’, Blesbok did experience a massive and rapid decline in numbers due to overhunting prior to receiving protection in some areas of Africa so can be considered a conservation success story. Breeding this species responsibly in zoos will help this success to continue.”

In recent weeks, a number of chicks have also hatched in the zoo’s Tropical House and Walkthrough Aviary including a black-headed weaver, crested wood partridge, striking Brazilian tanager and Sclater’s crowned pigeon.

To find out more about the zoo’s fundraising appeal visit: www.justgiving.com/campaign/supportMarwell

Alternatively if you would like to buy a gift for the animals from the zoo’s Amazon Wish List, visit https://www.marwell.org.uk/zoo/support/amazon-wish-list

*Life Among the Trees is partially closed to guests. Please look out for updates on when this area will re-open.