New arrivals at the zoo! 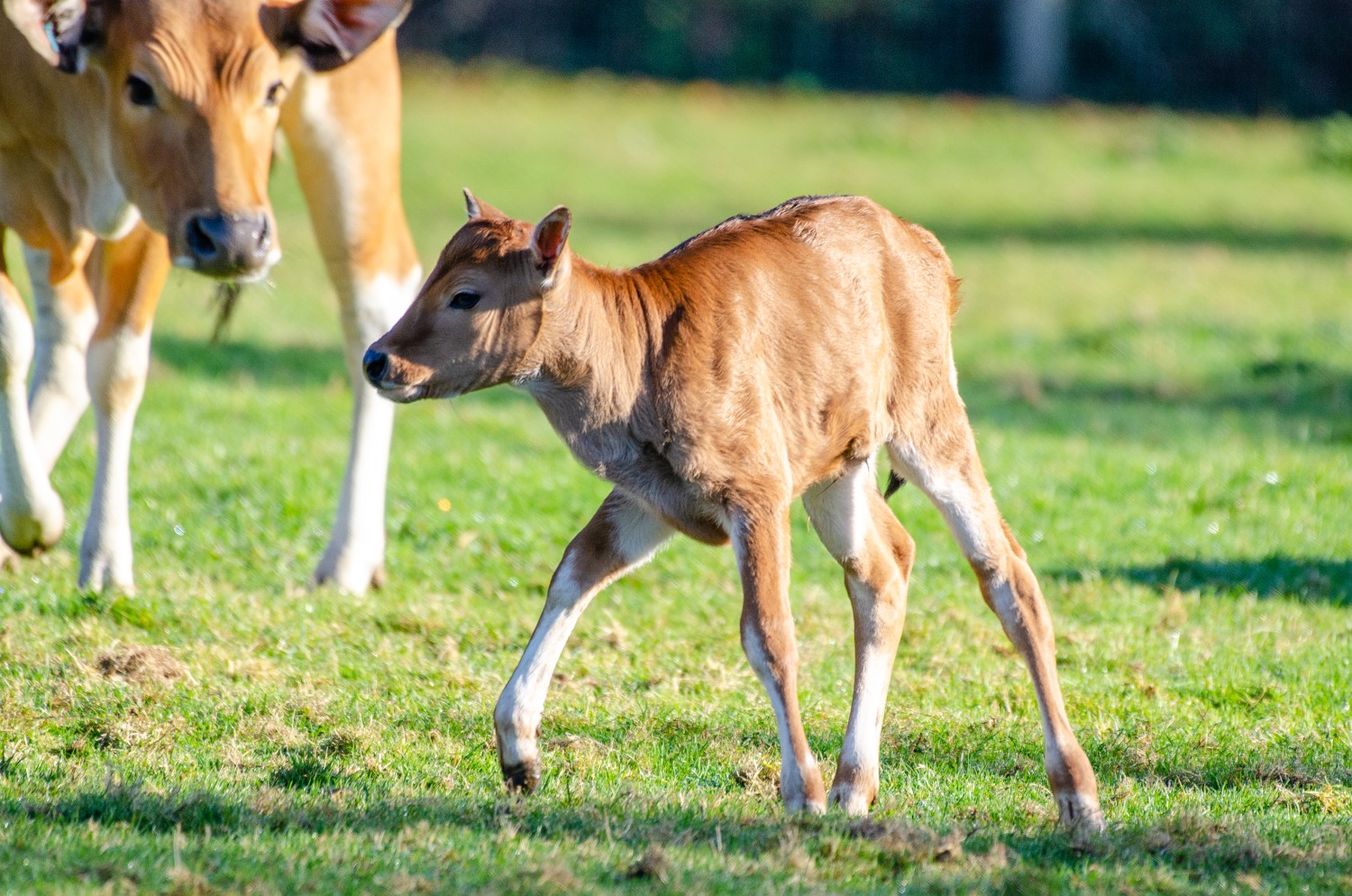 If you follow us on social media, you’ll know we recently welcomed two adorable banteng calves to the zoo.

The youngsters were born to first-time mothers Dewi and Anisa, and our male Henky is father to both. Confirmed as male and female, the two calves are yet to be named. Keepers report that both are being well cared for by their parents and will stay close to their mothers for quite some time.

The births are an exciting first for Marwell as we’ve not welcomed banteng calves to the zoo before!

This species is found throughout south east Asia including Cambodia, Indonesia, Malaysia, Thailand, and Vietnam. Classed as Endangered on the IUCN Red List, there are thought to be less than 8,000 left in the wild.

When you next visit the zoo, you can find our banteng herd down the road past okapi playground!

We’re delighted to have also welcomed coppery titi monkeys to our Life Among the Trees exhibit. Two males arrived from Newquay Zoo and are currently sharing an enclosure with our Alaotran reed lemur.

This species is found in the Amazon River basin of Brazil and Peru. They live in lowland rainforests and terra firma forests (forests that do not seasonally flood), in the mid to lower level tree canopy.

Coppery titi monkeys feed mainly on fruit, but they also eat leaves, seeds, and some insects.

To reinforce pair bonds and establish their territory, they perform duets with their partner. Paired coppery titi monkeys will also wrap their tail around their partner’s tail, when resting or when around other members of their family group.