Our latest animal arrivals and moves! 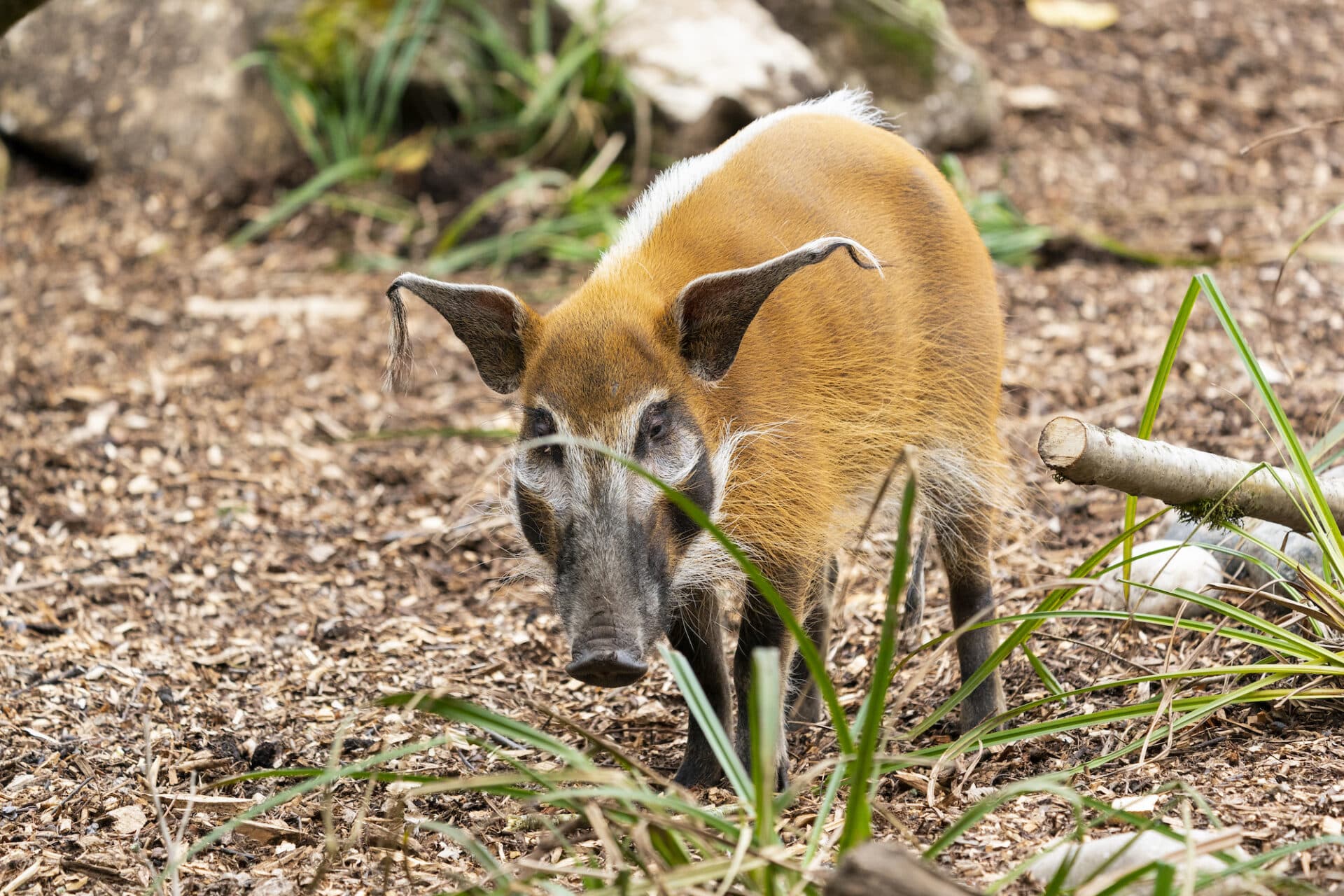 You may have noticed a few changes around the zoo

Our sitatungas have moved from opposite our okapis to the front of the park behind our Gift Shop. Here, they live nearby our red river hogs which are new to the zoo. Red river hogs can be found mainly in rainforests and are distributed through the West and Central African rainforest belts. They can also be found in dry forest and woodland. This species are great swimmers and often cross large rivers in the wild!

We’ve also welcomed a rare species that can be found by our otters at Life Among the Trees! In the wild, Visayan warty pigs live in forest and grassland habitats in the West Visayan Islands of the central Philippines. This species is listed as Critically Endangered on the IUCN Red List, with numbers declining due to unsustainable hunting and habitat loss. Conservation efforts for the Visayan warty pig includes protected areas as well as the introduction of breeding programmes.

We bid farewell to our sun conures and said hello to our newest arrivals: swift parrots! This species is sadly Critically Endangered. In the wild they can be found in Tasmania mainly in eucalyptus forest and woodlands. The parrots migrate from Tasmania to mainland Australia to spend their winters there. Individuals can travel up to 5,000km between their mainland wintering grounds and their Tasmanian breeding sites, making theirs the longest migration undertaken by any parrot in the world!

Look out for these striking birds at Fur, Feathers and Scales, where they share an enclosure with our adorable long-nosed potoroos. Our team have been working hard to make some changes to their enclosure which now features a focal water feature and two large eucalyptus trees native to the Tasmanian region, which offer natureal perching and a nectar source for the birds.