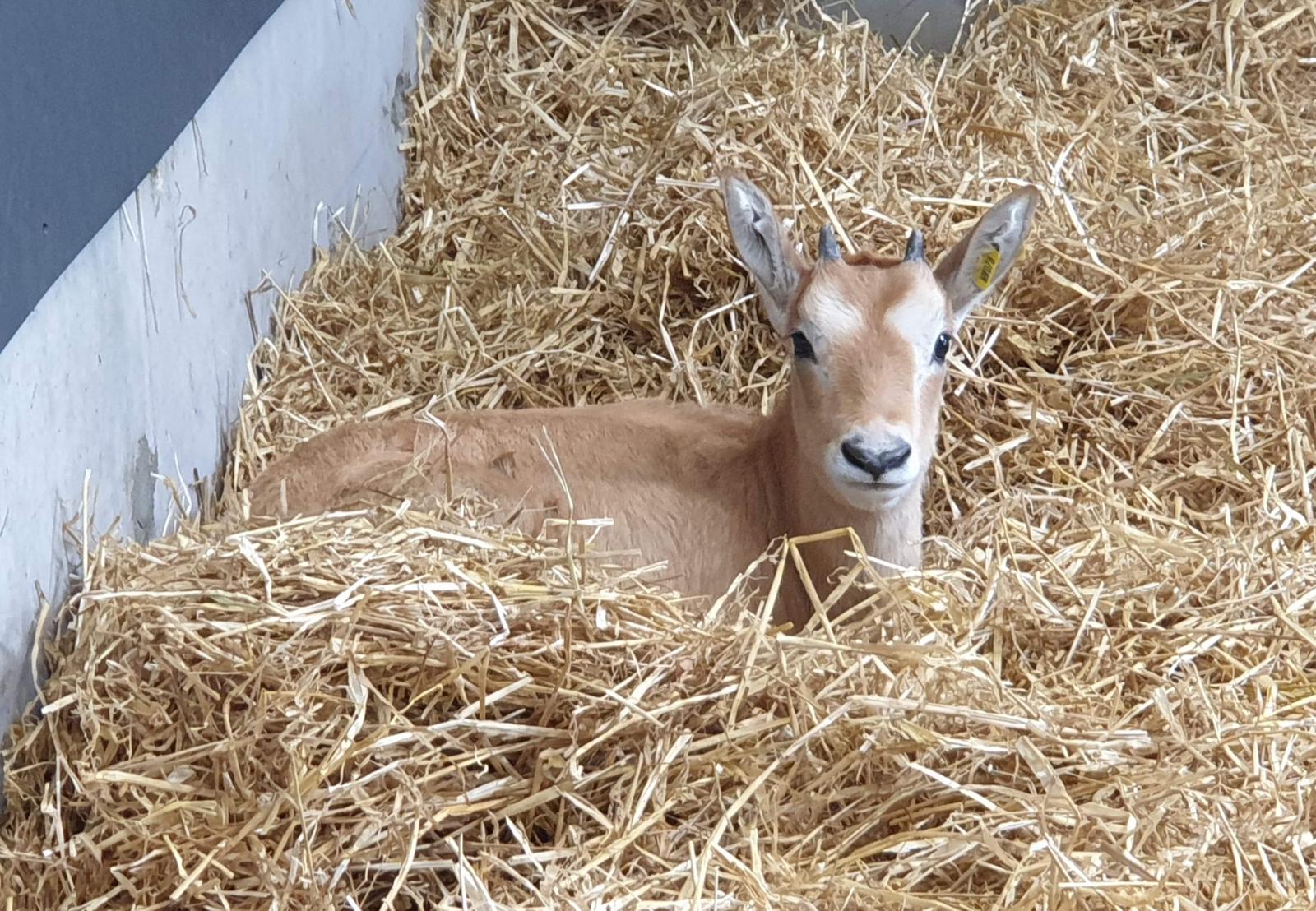 We’re celebrating the birth of a threatened antelope declared extinct in the wild.

Keepers say the one-month-old scimitar-horned oryx calf named Freya born to Christina and Tenzi is thriving and enjoying running around the large paddock they share with white rhinos, Grevy’s zebra and ostrich.

Hoofstock Team Leader Tim Rowlands, said: “The calves will hide for the first few days, which is why their pelage is sand coloured and replaced with a white coat as they grow. After the first week, the calf follows the dam as she calls her to explore new areas but she’s not at the age to venture too far on her own just yet however calves are able to run as fast as the adults as early as 20 days old and she has been enjoying running around in the paddock.”

The once abundant scimitar-horned oryx was assessed as ‘extinct in the wild’ by the IUCN in 2000 and the species is reliant on captive breeding and reintroduction efforts for its continued survival.

Here at Marwell, we manage the International Studbook for scimitar-horned oryx and we’ve been instrumental in creating international conservation strategies for the species.

Conservation Biologist Dr Tania Gilbert, said: “The scimitar-horned oryx was one of the first species we brought to Marwell Zoo in November 1971. Since, we’ve had 378 births here, making the species one of our biggest success stories in terms of breeding and conservation success.

“We have reintroduced groups of oryx into protected areas in Tunisia to re-establish them in their natural habitat and we continue to research the re-established populations and work to enhance the biodiversity of the protected areas where they live.”

The Tunisian reintroductions began in 1985 with 10 scimitar-horned oryx from Marwell and Edinburgh Zoo coordinated by Zoological Society of London (ZSL) and today there are nearly 300 oryx occurring across five protected areas.

When you next visit the zoo, you can find our new arrival at Wild Explorers!