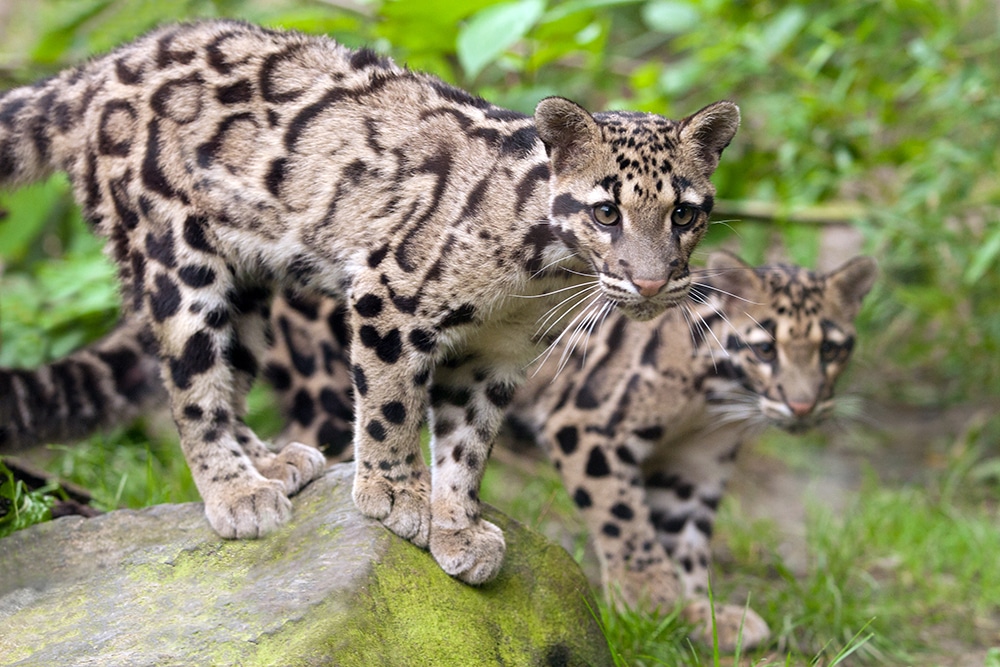 We’re thrilled to announce the arrival of a sibling pair of vulnerable clouded leopards to the zoo.

The International Union for Conservation of Nature (IUCN) estimates there are only 3,700 to 5,580 clouded leopards left in the wild.

Clouded leopards are great climbers and are native to Asia inhabiting the rain forests of Indonesia, the Himalayas in Nepal, and parts of mainland South East Asia.

Clouded leopards can live at altitudes of up to 3,500m, preferring to live in closed evergreen rainforests and shrubland where they can easily hide thanks to their patterned coats.

Primarily nocturnal, clouded leopards sit somewhere between big and small cats in terms of size, with wild females in Thailand weighing between 11.5 and 13.5kg and males 16-18kg.

They can be quite shy and love densely packed vegetation so you may need to be patient and quiet when visiting in order to spot them.

Clouded leopards have particularly long tails and huge canine teeth, which are well adapted to their carnivorous diet of hog deer, brush-tailed porcupine, Malayan pangolin, and Indochinese ground squirrel in the wild.

Taevey and Kanya (both females) are making themselves at home opposite the entrance to Wild Explorers. Next time you visit, pop over and see if you can spot them!