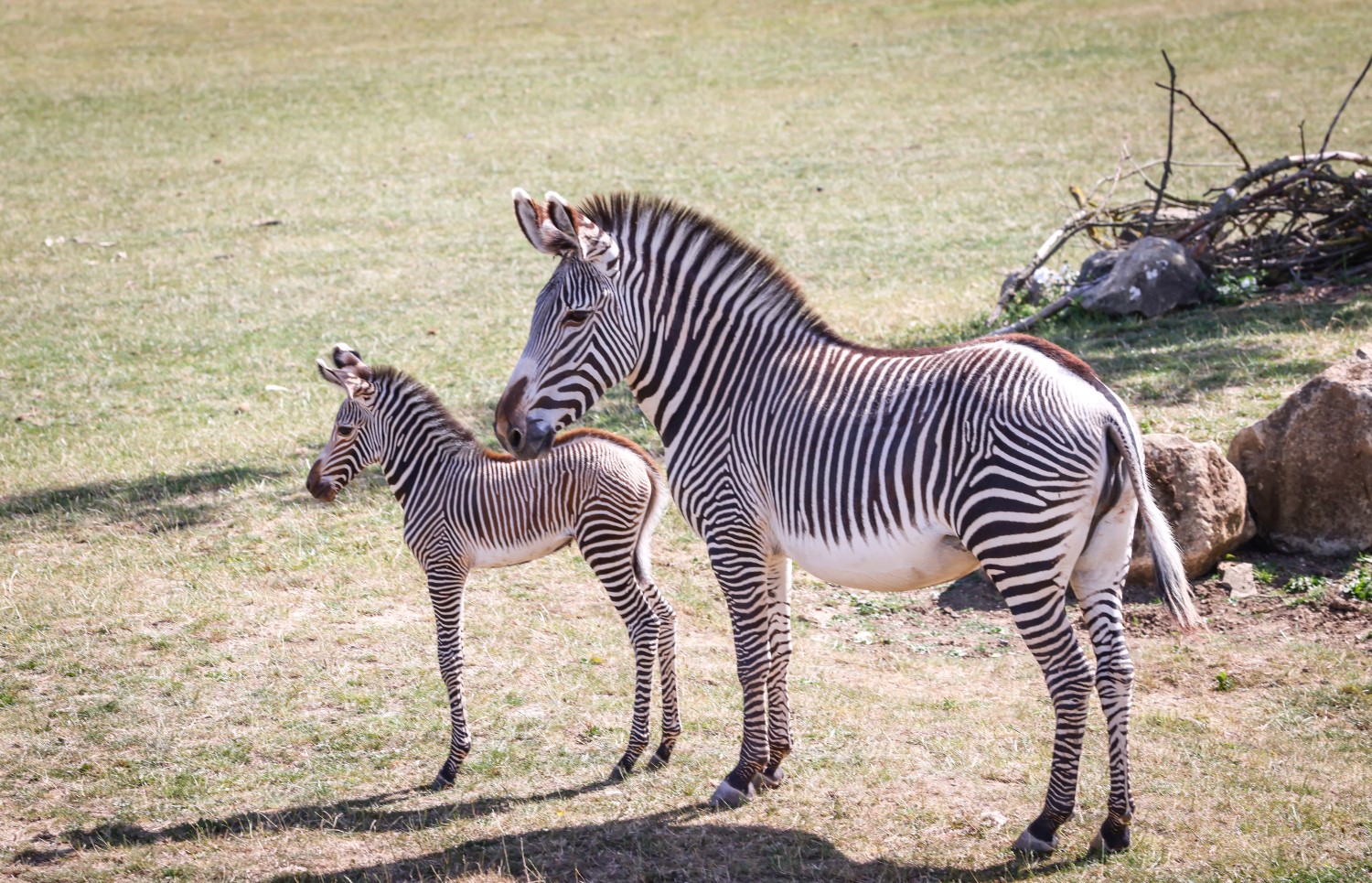 We’ve got our very own racing stripes! Keep reading to see the video.

Grevy’s are the largest zebra species and are found in Northern Kenya and Southern Ethiopia where there are currently thought to be fewer than 2,000 in the wild.

Populations have suffered as a result of habitat loss, extended periods of drought and poaching but are now thought to be stabilising.

In the wild zebras generally give birth at night and Khumba did exactly that with her new arrival, giving her keepers a lovely surprise when they got to work in the morning.

The foal was born almost 2 weeks ago and was given access to the zoo’s Wild Explorers paddock for the first time last Monday afternoon.

The youngster delighted in trying out their new skills running circles around its mother in a series of cute ‘zoomies’.

They have been left alone to bond for the first few days so the sex of the foal is not yet known.  A name will also be decided at a later date.